After many years of insulting black women and pitting black men against black women, the effect seems to be vastly tearing at the confidence of dark skin people. I think the problem is that somewhere along the line, dark skin people forgot how beautiful and special they were.

Some of the most beautiful Black women in the world come in the darkest shades of brown with the richest African features. Dark skin women are divine beauties of rare elegance and delight.

Let’s start by understanding the complicated and majestic beauty of the black woman. Let us understand that not only do black women have amazing bodies, they hold a unique and compelling beauty that is rarely found in people of other cultures and races. Once we truly understand how amazing and beautiful dark-skinned women are, perhaps they will begin to understand and appreciate their own beauty.

Dark skin and black women, in general, are constantly being fed lies that their hair is not normal and that something is wrong with the texture of their hair. In recent years, black women have contributed to making buying weaves a multi-billion dollar industry.

In fact, black women are noted for spending the most money on cosmetics than women of any other race. Some black women will never let their original hair be seen in public. They will essentially cover up their hair with a paper bag to stop it from being seen by the world. And Black women by the masses, take better care of their weaves and wigs than they do their own hair.

Let us not forget the natural hair of the black woman. The texture is amazing and rugged. Similar to wool. Black women have the most unique hair on the planet due to a texture that is not found in any other woman. When other women possess traits that are not hard to come by, we usually refer to these traits as exotic or flawless. So why would we refer to black women’s hair as anything but flawless? Dark skin women are incredibly sexy!

As much as the rest of the world wants to put down dark-skinned black women, they still feel the need to emulate her beauty and claim it for their own. Does this sound familiar to you? Can someone say Egypt or Africa? So much beauty and history have been stolen from Africa that it seems as if black people’s history has been robbed from them. Now, the world wants to rob dark skin women of the beauty that they truly possess effortlessly.

The lips of the black woman are just one of her many very attractive features. As much as they have been put down throughout history, women abroad have contributed to making lip injections a billion-dollar market. In fact, there are few women in the modeling or acting industry who don’t have collagen injected into their lips to give them the full appearance that is naturally found in black women. Dark skinned women are naturally beautiful.

The truth is, black women have the most sexiest and kissable lips on the planet. So even though they get teased about their attributes, the rest of the world desperately tries to copy.

The truth is, dark skin women are very beautiful. It amazes me how the rest of the world doesn’t acknowledge that. That makes the rest of the world lost, with false concepts and ideologies about what true beauty is. The conditioning of America claims that you have to have light skin or white skin to be beautiful. Centuries ago, black people would pay these concepts no mind. But as technology increased, along with that came the technology that the mass media could use to carry out virtually any agenda.

Today in news articles and stories on television, people have been programmed to deny that dark skin women are beautiful. This has affected the rest of the world so vastly. 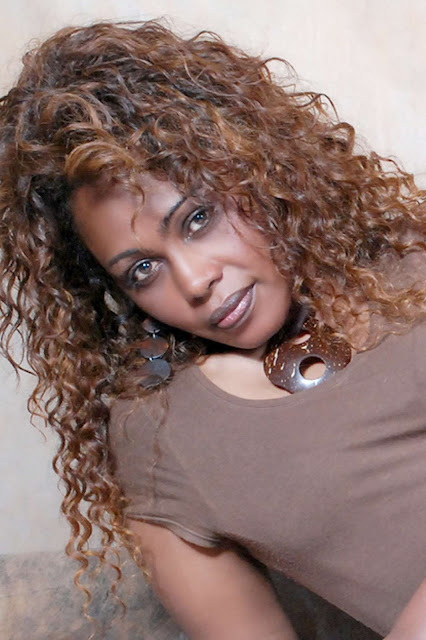 Society has attacked dark skin black women so much that even black men have begun carrying out a misguided agenda against black women, claiming that they are not beautiful and less of a woman. There have even been popular media channels set up on social networks, where black men have basically set up channels to denounce dark skin women.

The popularity of degrading black women has effortlessly caught on with black men. It appears that even when being black is the butt of a joke, black people participate in an effort to fit in. What is commonly seen and thought of as high school mentality, has apparently shifted to the masses. This time, the joke isn’t about black men. Because black men feel like they are free from this particular attack, some willingly chime in and degrade black women as well. 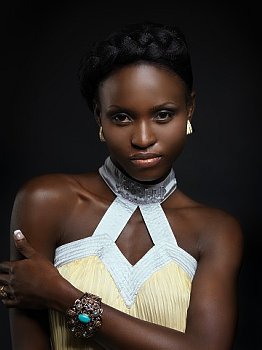 Some, not most, black men are handing their black women over to the wolves in a desperate attempt to fit in with a supremacist white society that has downgraded and killed black men and black women for centuries. It’s put to black men as if now they have justification for the predicament they are in. Let’s blame the black woman because she didn’t do a good job raising the black man. But this is not fair and this is not accurate. For if anyone deserves to be punished for their role in bringing up black men, enough blame can be passed to black men. The burden is for black men and black women to share together.

Serena Williams is one of the most talented female athletes of our time. She is also beautiful. But the media makes a point to attack her and tries to claim that she is not attractive. I wonder why. The black woman behind has always stood out among other women. For centuries she was teased about her butt and told that it was too big. Jokes have been made about the black woman’s butt. In time, we would learn to appreciate the butt of a black woman and turn that into another multi-billion dollar industry.

Everyone realized that the behind on a black woman is a very attractive asset to have, and the rest of the world would want it to, like every other asset that the black woman possesses. Most of your supermodels today have booty injections to make their butts look more rounder and fuller. Black women like Serena are blessed with big booties naturally. But even still, magazines and media have attacked the beautiful Serena Williams and went far as to call her a man.

These attacks on Serena Williams is only testimony that when black people do something great, they will be scolded and put down for it. More attacks at the natural beauty of dark-skinned black women that the rest of the world seems to try and hide for some reason.

Black women continue to be sexualized for their tremendously attractive assets such as the butt, seductive lips, and deadly curves. The rest of the world wants to be a white version of the black woman, yet tell the black woman that she is not beautiful.

Media companies spend billions of dollars in total, advertising white women or women who appear white that have false bodies of black women to sell mass products to the public. What this does is perpetuate white supremacy and it’s pretty similar to me taking candy from a baby, eating the candy, and then telling the baby that they are not supposed to eat candy because it will rot their teeth. How can anyone not see the hypocrisy here?

There are many things about dark-skinned women that we all find fascinating. The mysterious darkness and glow of the black skin are quite captivating. The beautiful texture of the hair allows it to be worn in just about any hairstyle that one can imagine. The fullness of her lips makes any heterosexual man want to steal a kiss. The hourglass shape of her body drives the imagination of all who linger and drool at her beauty go insane with desire. The dark-skinned black woman may, in fact, be perfection itself. 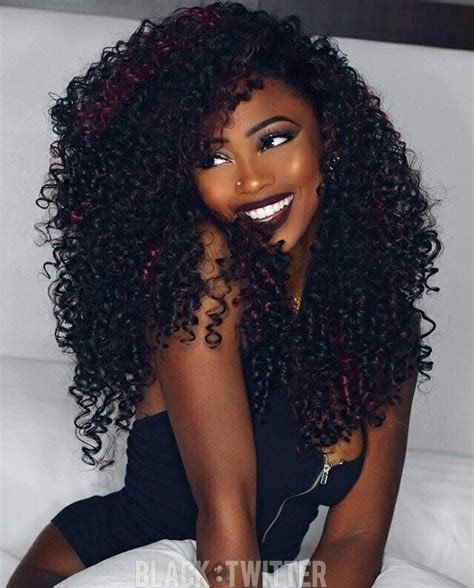 The new trend of black men attacking dark skin black women is a frightening game that will have vast frightening repercussions. If a dark skin man devalues dark skin women based on hype, then, in essence, he is not only downgrading his mother and all the women and ancestors of his family, but he is also downgrading himself. Wouldn’t this make him less of a man at best?

Black women have every reason in the world to be confident. Some secret desire or lust after many of the black women’s attributes that she has naturally.

Though throughout history, certain attributes, such as full luscious lips, curvy shape, and bigger behinds were once played down, now they are more popular than ever, sending those without these attributes to surgeons paying tens of thousands of dollars to be built like black women.

The black woman is so attractive, that even black women want to look more black! But it’s only natural that black women would have such pride in their genetics. After all, who doesn’t like looking attractive?

Black women (and men) across the world, especially in India, Jamaica, and Africa, have begun a unique new process that involves bleaching the skin, which has vast consequential effects. Wearing weaves and altering the natural state is a desperate attempt to finally be beautiful. When a person denies their own beauty, it will be no wonder that the rest of the world denies it as well. This is only natural. But the dark-skinned black women have had a lot of assistance in debasing themselves.

Psychologytoday.com did a very debasing article against dark-skinned women that has claimed that they are the most unattractive women on the planet.

In a unique twist to the article, they have made a claim that black men are the sexiest and desirable men on the planet. Too many things are wrong with this article that was changed and then deleted from the popular website. 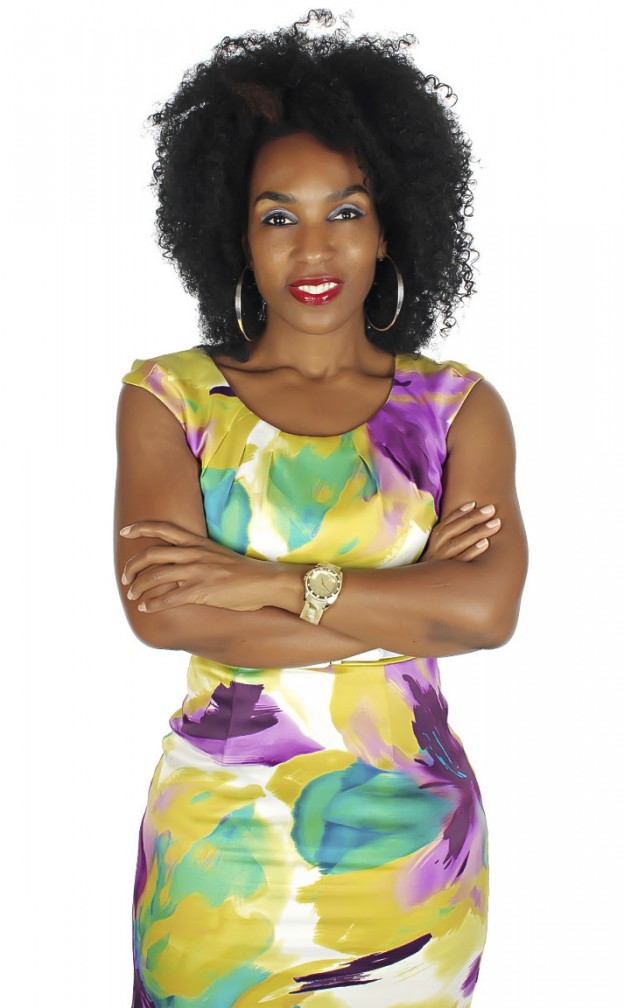 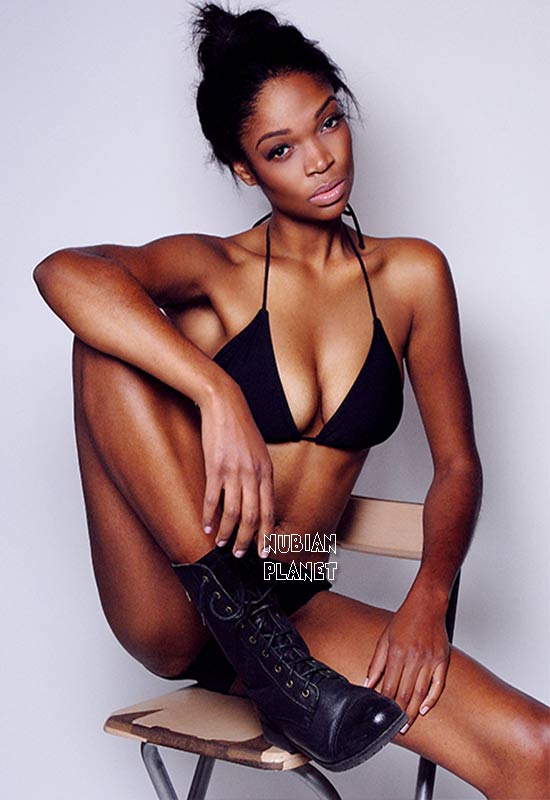 DEAD BABY PRAYED BACK TO LIFE AT THE LIBERATION CITY CHURCH

Why So Many Black Kids Are “Turning Gay” — An Explanation

Whites get half of mortgages in Detroit, nation’s largest majority black city