Uterine fibroids among black women may be linked to chemical exposure through scalp lesions and burns resulting from relaxers.

African slaves were once forced to shove their heads in buckets of lye as punishment, and unbeknown at the time that it would, at least partially, straighten their hair. Now, that may not have achieved bone straight hair that modern relaxers can today, but you get the picture. Their hair was inadvertently straightened as part of the horrid punishment.

Fast forward, this knowledge increased and expounded upon my already blatant hatred of relaxers. Today, women use the EXCUSE of "Oh, it's my hair" or "I just wouldn't look good with natural hair" or the infamous "I don't have good hair". In the words of Lauryn Hill, "...you're fakin' the confidence of escapin' the consequence..."
Does anyone else feel the same that it is "historically" wrong to relax hair and see it as a form of dishonouring our disenfranchised ancestors?  Yes, it will always be "your hair" and you can do whatever to it, but look at facts and be empowered! 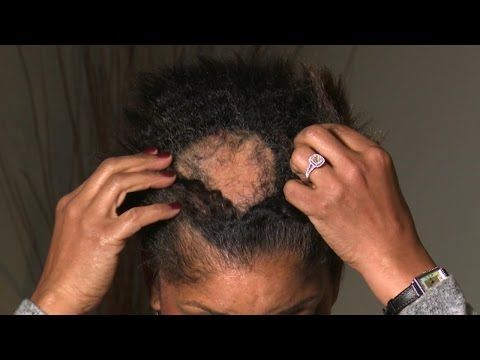 There may be a link between hair relaxers and uterine fibroids, as well as early developmental onset in pubescent young girls.

Scientists followed more than 23,000 pre-menopausal Black American women from 1997 to 2009 and found that the two-to three-times higher rate of fibroids among black women may be linked to chemical exposure through scalp lesions and burns resulting from relaxers.

Women who got their first menstrual period before the age of 10 were also more likely to have uterine fibroids, and early menstruation may result from hair products black girls are using, according to a separate study published in the Annals of Epidemiology.

While so far, there is only an association rather than a cause and effect relationship between relaxers, fibroid tumours, and puberty, many experts have been quick to point out that the FDA does not regulate the hair care industry, meaning that there’s no definite way to fully know just how harmful standard Black hair care products really are. 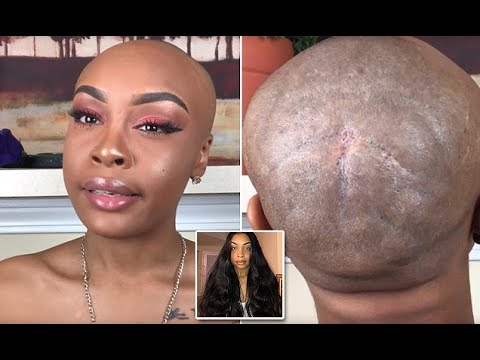 Fibroids are tumours that grow in the uterus. They are benign, which means they are not cancerous, and are made up of muscle fibres. Fibroids can be as small as a pea and can grow as large as a melon. It is estimated that 20-50% of women have, or will have fibroids, at some time in their lives. They are rare in women under the age of 20, most common in women in their 30's and 40's, and tend to shrink after the menopause.

According to research, fibroids occur up to nine times more often in black women than in white women, and tend to appear earlier. The reason for this is unclear. Also, women who are overweight may be more likely to have fibroids. This is thought to be due to higher levels of oestrogen in heavier women.

Most fibroids grow within the wall of the uterus. Researchers put fibroids into three groups based on where they grow:

Some fibroids develop on stalks (also called peduncles), that grow out from the surface of the uterus, or into the cavity of the uterus.

Eugene Goodman - The Black Cop Who Saved The State Capitol

Rapper Beanie Sigel Is At It Again, But This Time With Charlamagne