Why Black Celeb Women Compare Themselves To White Barbie Dolls

One of the most disturbing rap battles of all time involved Nicki Minaj and Little Kim, competing to be a white Barbie Doll. I don't get it. Why would black females argue about who is the prettiest Barbie Doll? We all know that the original Barbie Doll is a white doll with long blond 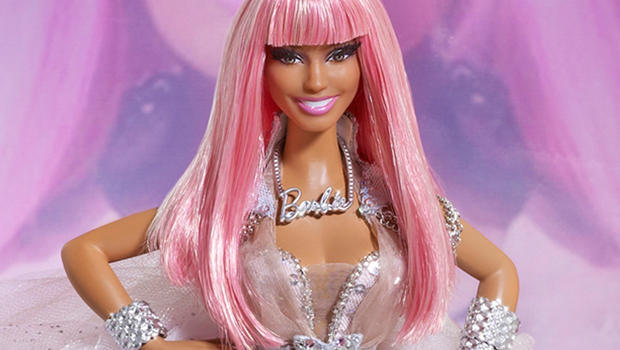 If these two really wanted to capitalize off of their fame, they would have scratched off Barbie and started producing their own Barbie Dolls. Perhaps start the most successful black franchise of Barbie Dolls. But when black celebrities or people in general get in positions of power where they can create black wealth, they often undermine their positions and go with white markets. They do this even when there is a demand for black products. It may make them more successful in the long run, especially since, historically, black people have a small track record of supporting black owned franchises. When black people imagine wealth, they imagine scraping the bottom of white markets. It is this thinking that keeps black people from seeing massive wealth.

I understand that Barbie, the most successful doll company in the world, has recently started catering to the black demand for black dolls. It only makes sense that they capitalize off of that demand. But when are black people going to realize that there are a ton of black markets open in which black people can cater to themselves. We did it with hip hop music and it has crossed over to white audiences and artists making it a multi million dollar music industry in the art forms short life span. It has become mainstream music. This is only a glimpse of what black people can achieve when they cater to their own. Why are we so afraid of opening up more black markets?

Every time I hear a black celebrity compare themselves to a Barbie Doll, I have to admit, its a little unnerving. In my mind it is only a sign that black people stay in white markets and are afraid to expand black markets. So in return, they capitalize off of a dominant white market. But as long as black people do this, black markets will not grow, nor the demand for black products, which there happens to be plenty of demand for black products. The problem is this: Black people have become immersed in buying white products from white people. Black people have hit a standstill as far as catering to the black community, which is ironic that white people are picking up on this flaw within the black community and making more money than ever off of black people. African American Barbies of the Year