“I shall laugh the worst laugh I ever laughed. I’m cursed! God if I don’t believe I’m cursed.” These words spoken by the husband in Edgar Allen – Poe’s “Home Burial” depicts the pain caused by the death of his son, which appears to be intensified by the emotional confl

The death of a child can have detrimental effects on marriage and for some, the damage is beyond repair. In this somber story of love and loss, a couple’s grieving process is portrayed from the very different perspectives of two hurting parents. How one might consider home burial as an option.

While the child’s father appears to be attempting to move beyond the life lost, his wife is seemingly unable to.  Many times it is in times of tragedy that couples are faced with their inner-most faith, fears, and love (or lack thereof).  According to an article in Marriage Families, “The death of a child can have a variety of effects on family relationships, often creating strain and reducing the capacity of bereaved parents to manage relationships effectively.

The family system is changed when the child dies” (Brotherson, Sean E; 1999).  The dialogue of loss and pain between Poe’s characters portray the anger stage of the bereavement process, which often varies by individual.  In fact, “the tragedy of losing a child has been reported to produce a great deal of strain in the marital relationship, which may become serious enough to result in divorce” (1977).

In-Home Burial, it is my assumption that the wife, Amy - who bore this child, has had the hardest time moving on without him.  In the Journal of Marriage and the Family, a study on marital dissatisfaction following the death of a child showed that female partners would show more of this effect because of their greater parental investment per individual child (Littlefield and Silverman).  Many times the impact of a child’s death rather than pulling the union closer together can tear a marriage apart.  Because grief is an isolating experience, it is important for couples to works towards unity.  This is oftentimes easier said than done.

Marital discord is not uncommon when the death of a child strikes a marriage.  As such was the case in my own marriage.  Following the miscarriage of our second child, I perceived the lack of emotion displayed by my then-husband as insensitivity.  Thus, I was able to identify with Amy’s hurt and frustration.  It was only later during a session of grievance therapy that I discovered that his coping mechanism was very different from my own and even then only time and prayer could bring me solace.

Unfortunately, in my own home; as may have been the case with the characters in Home Burial, something in the relationship died even before the child.  According to Reiko Schwab, “the quality of marital relationship prior to the child’s death, cause of death, and circumstances surrounding the death may produce differential outcomes for the marital relationship” (Schwab).

Webster’s dictionary describes grief as the “intense sorrow caused by the loss of a loved one.” The bitterness expressed by the wife in this tale, “If you had any feelings, you that dug with your own hand – how could you? His little grave,” shows that her pain is now directed towards her spouse.  Hurting people often hurt people. 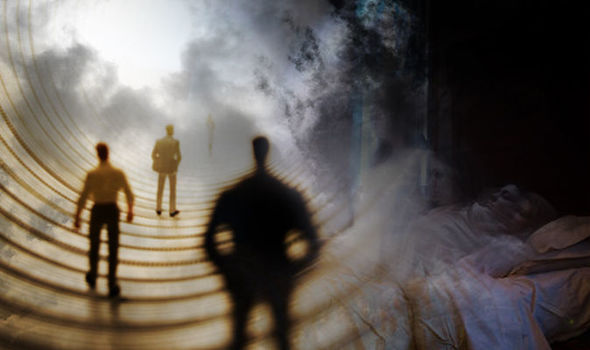 This woman appears to not know where to direct her anger and seems to have projected it towards the person closest to her – her husband.  In doing so, she continues to relive the burial of their child; “I saw you from that very window there, Making the gravel leap and leap in the air.”  Perhaps it is this vivid memory that continues to play in her mind, thus hindering her healing and robbing her peace.

For Amy, it is in a backyard grave that lay memories, hurt, and anguish. Although this grave is symbolic of rest and peace – there is none for this bereaved mother.  Perhaps only a mother can identify with the loss of a life that was once in a womb and now lay in a tomb. Even though this father has buried his son as a final act of love and service; his wife perceives the burial as a way of forgetting and moving on.  In her sorrow, she inflicts verbal insults upon her spouse.  This can prove to be detrimental to a marriage. 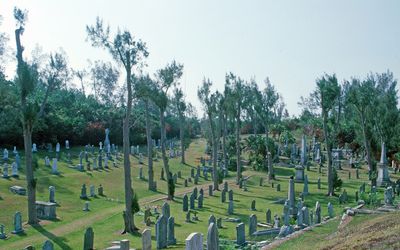 According to Sean E. Brotherson, “parents who have lost a child are often concerned about keeping the child’s memory alive for themselves, family members, and other people. This may involve preserving existing sources of memory related to the child or creating new sources of memory” (2002).  Hence, the bitterness in recapping the night of their son’s burial, this grieving woman appears to be mourning the loss of her seed - as well her home life as she once knew it.

In her mind, her husband is not grieving the way she believes a father should. His strength is misinterpreted as cold and callous.  As Amy rehearses the burial of their child, her bitterness intensifies and is placed on the man who represents protection and provision - the same man that lays her baby in the damp, dark ground.

The apparent breakdown of communication between these characters is not uncommon when mourning the loss of a child. Unfortunately as in my own experience, rather than drawing my marriage closer - bereavement drew us apart.  As I continued to read this captivating poem, I saw myself in this woman – the anger, the pain, the blame.  It can be said that when reading poetry there are seldom facts but only perception.  So as is with the grieving process. Whether it is the death of a child or a marriage, people see death differently and as a result, each process is unique.

Edgar Allen Poe was extremely effective in this tragic composition.  While capturing the pain and disdain of loss, the reader embarked on a journey into two lives - forever affected by life and death.  Where this marriage ended, perhaps not even Poe knows.  Unfortunately, for many families, the outcome is all too real and the pain is almost too great to endure.  One father said it like this:  “I don’t know if there’s a way of saying it-it’s like we were sent to hell.”  Yet another said, “I really feel I lost a part of [my wife]. Part of us was never going to be the same again.  It was like taking the most valuable part of my body.  It was like a part of me died when he died and even worse.  I don’t know how to say it in words (2002).  Is the fate of this marriage revealed in one of their final lines, “You – oh, you think the talk is all.  I must go – Somewhere out of this house.

How can I make you”… or will their marriage remain in a dark grave along with remains of life lost and dreams shattered.  Of course, I can merely guess and pray that a happier ending awaits grieving couples so that what God has joined together – no man can put asunder.

Why So Many Black Kids Are “Turning Gay” — An Explanation