I will describe the biodiversity of mammals, insects, birds, and echinoderms. It includes the description of the following species in particular: elephants, armadillos, termites, butterflies, penguins, hummingbirds, starfishes, and sand dollars.

While these species have different characteristics, the fact is that all of them are generally eukaryotic, multicellular, heterotrophic, lack cell walls, are motile, and usually pass through a blastula stage as animals.

Elephants and armadillos are just two species out of the vast majority of existing mammals. These two share the same characteristics: warm-blooded, their young are born alive, and have lungs to breathing organ. Despite their similarities, the two have apparent differences. The body characteristics are the most evident. An elephant’s physical characteristics consist of its enormous size; have tusks, and even a trunk (Myers, 2008). An armadillo, however, is of moderate size, has hard armor-like skin, short legs, and have claws (Myers, 2008).

Also, an elephant’s diet is usually plant flood, considering that it is an herbivore, while an armadillo uses its sharp claws to dig for grubs or insects (National Geographic Society, 2008).The elephant belongs to the Proboscidea, which only contains one family of living animals, the elephants – includes three species such as African Bush Elephant, Asian Elephant, and African Forest Elephant (McKenzie, P. (2001). The Proboscidea order classifies animals that feed by their trunks. The armadillo is the only family in the order Cingulata, as well as a superorder Xenartha, which also includes anteaters and sloths. The Cingulata order classifies animals with girdle like shells.

Insects include many species, in particular, the termite and butterfly. These two insects generally share these characteristics: an exoskeleton, three major body parts (head, thorax, and abdomen), and antennas (Reach Out, 2004). However, they differ as well. A termite’s diet usually feeds upon dead plant material (wood, leaf litter, soil, animal dung, and crops), while a butterfly usually sips liquid food through a tube-like proboscis, such as from rotting fruits or some even prefer animal flesh or fluids (Col, 2008 Termite Web site).

Another major difference exists within the fact that termites are typically seen as pests to humans, as they cause much damage to buildings, crops, and plantation forests, while butterflies are viewed as being pleasant and attractive to the eye. A termite is classified under the order Isoptera, which includes only termites, but is related to cockroaches and mantids in the superorder Dictyoptera (Myers, 2008). The order Isoptera simply means “termites”. Butterflies are under the order Lepidoptera, which includes eriocraniid and ghost moths in the suborder Jugatae.

Penguins and hummingbirds are both birds, and share the following characteristics: endothermic vertebrates, covered with feathers, and lay eggs (Myers, 2008). On the other hand, chief differences exist as well. Penguins are aquatic, flightless birds that live in cold temperatures (Busch Entertainment Corporation, 2002). Hummingbirds, however, stay close in mid-air by rapidly flapping their wings, can fly backwards, and feed from nectar or tiny anthropods from flower blossoms (Gates, L. Gates, T., 2008). Penguins belong to the order Sphenisciformes, which includes eighteen species such as chinstrap penguins, king penguins, and emperor penguins. The order Sphenisciformes classifies birds as flightless birds within cold temperatures – thus, penguins. Hummingbirds belong to the order Apodiformes, which includes two other families – the swifts, Apodiadae, and the tree swifts, Hemiprocnidae (Myers, 2008). 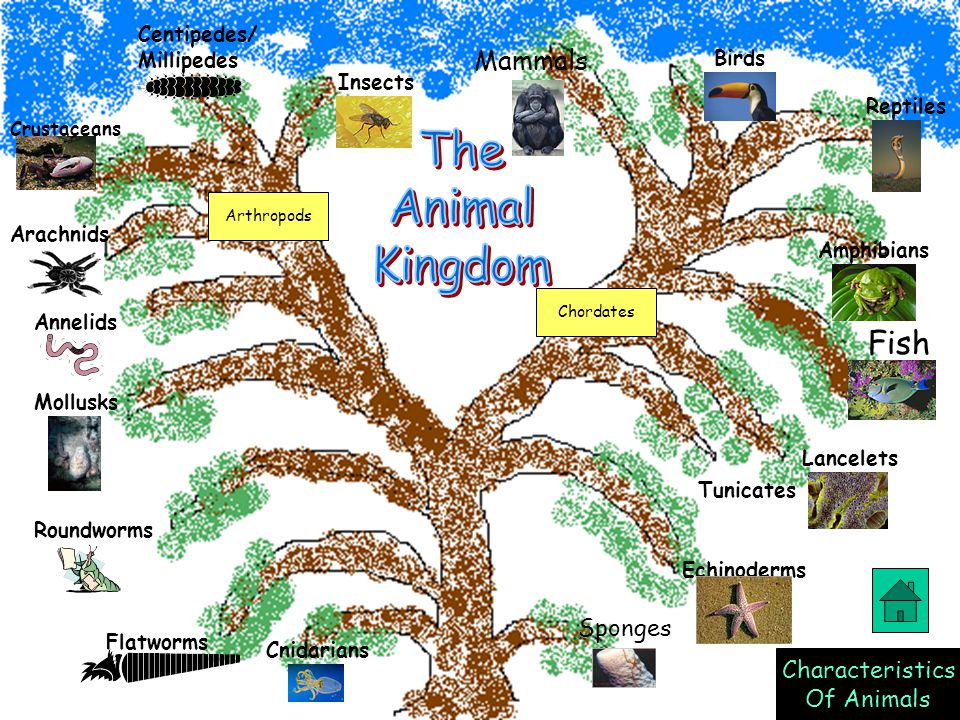 Echinoderms have a variety of species, but we will only focus on two: starfishes and sand dollars. They share the following characteristics: two embryonic openings, the anus and the mouth; have no cephalisation, as larva, they are free-swimming bilaterally symmetrical organisms (Myers, 2008). On the other hand, apparent contrasts exist between the two as well. Starfish have five or more arms, which extend from an indistinct disc, have a diet that includes shelled animals such as oysters and clams, and even are able to redevelop missing arms (Kornfeld, 1997). However, sand dollars do not have “arms” and have a round, flat shape. They have five pores that move seawater within its vascular system, which permit the organism to move (The Common Sand Dollar, 2000). A starfish belongs to the order Goniactinida. Their shape, legs, and ability to regenerate classify them within these orders (Myers, 2008). Other species may include sea urchins and brittlestars. Sand dollars, on the other hand, are classified under the order Clypeasteroida, which have organisms with irregular echinoids and multiple ambulacral pores and tube feet for movement. Some other species this order includes are of the family Fibularidae and Laganidae.

Without animal life, along with other living organisms of this world, life would not be the same – it would be safe to say that it would not be the world we know now. These animals are as equally important as its neighbor, considering that we all exist together on one enormous planet. Regardless of what particular species, we all exist within a natural balance, and essentially, we are all one part or another of a food chain.

Kylie Jenner Called Out By Amandla Stenberg As Being Racist!

The Most Stupidest Myths You Have Heard About Black People