I think that you have to be nuts to have these disgusting creatures sleeping with you and in your bed. It's almost sick once you think about it.

I was dating this woman a while ago and we had this vibe going on where we clicked pretty good. She was amazing and a great kisser. One day she invited me over her house and she reminded me that she likes pets. Now that's cool. I like pets too. But her cat was a bit too much. She would hug, kiss and cuddle it like it was part of the family, which is cool with me. Long as she kept the yucky animal away from me. When she would try to bring it around me I just told her to chill out with that. Who wants a nasty cat all up in their face anyway? But I don't think that she got that about me.

To me cats and dogs are cute creatures to look at, but once you start to think about it a little, aren't they kind of disgusting? Think about it. Cats prey on cockroaches and crickets which are the most disgusting insects on the face of the planet. Dogs eat their own vomit. And besides, these animals stink. 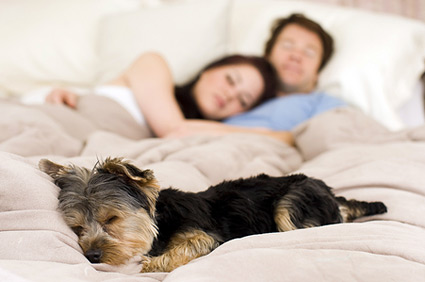 I think that you have to be nuts to have these disgusting creatures sleeping with you and in your bed. It's almost sick once you think about it. Then, you know how you women get. She started talking reckless and saying things like, "It's either me or my cat." Now that was a big turn off. I don't care if your cat knew you longer than me. If you chose an animal over a human being, then something has got to be mentally wrong with you. Needless to say, I had to stop dating her. Does anyone think that I am overreacting to this? Do you think this type of behavior is normal or just that this lady had some serious issues?

I'm a big animal lover but I realize that animals are animals and not people. I always thought the idea of people letting animals sleep in their beds was really disgusting. Just think about it, if you walking around in the dirt outside, licked your balls, eat your crap and vomit and feast on cockroaches, would she still want you in her bed??? So why the H E L L would you let an animal do the same thing and then be all in its face like it just didn't get finished licking its own anus??? Believe me bruh, I think that's gross too. Find you a lady that likes her animals where they belong....in the wild or in the zoo!

Be glad that you got away from her, you are so right it's nasty to have an animal in your face.  You deserve better than that, better than someone who has something "mentally" wrong with them.  Be patient, you'll be blessed with a woman much better than that.  Let the past go, stop talking about her behind her back, and move on with your life.  Don't let the past stop you from missing out on your future happiness.

Jessica Lucas Is One Hot Black Canadian With A Whip!