American singer-songwriter Chaka Khan is rumored to have had weight loss surgery (gastric bypass surgery) to get rid of her excessive weight.

Judging by the before and after images, one can easily notice that the Queen of Funk and Soul has lost a lot of weight. 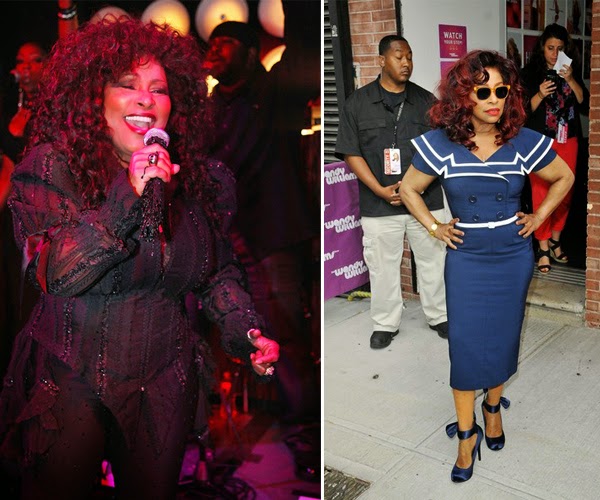 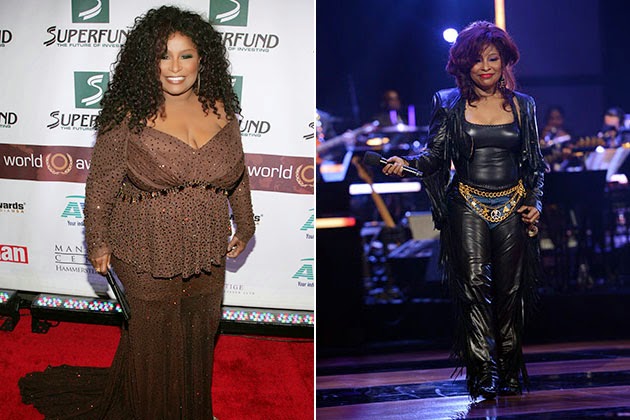 Many celebrity watchers and tabloids claimed that Khan, 61, had a gastric bypass surgery to achieve her 60 pound weight loss. 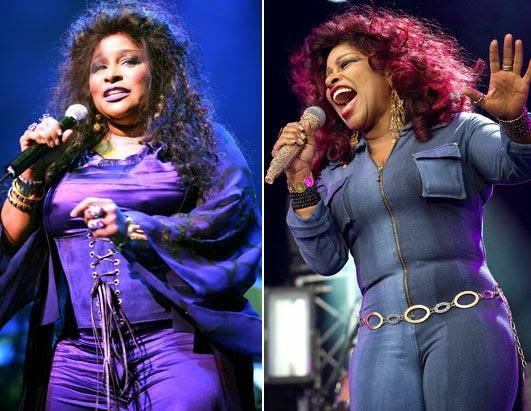 In an interview, Khan, whose real name is Yvette Marie Stevens, attributed her dramatic weight loss to becoming vegan. She pointed out that the absence of meat from her diet played a significant role to her current size. 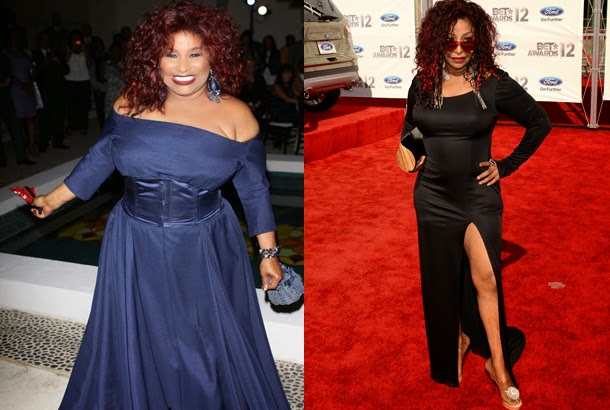 , which is not a characteristic of people who have just gone under the plastic surgeon's knife. 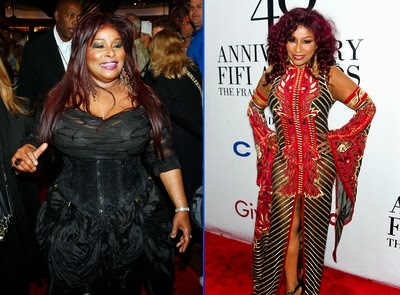 
Veteran singer Chaka Khan famously showed off her new figure in a stunning catsuit at the 2012 “American Idol” finale. Media sources were clamoring for the “Through the Fire” singer’s weight loss. Khan, who dropped 60 lbs., revealed to Access Hollywood soon after,

“I started out fasting … for four months. I did nothing but liquids; me and my VitaMix were best friends.”

The 59-year-old singer also shared her inspiration for losing weight with Huffington Post that same year.

“My weight loss had to occur, because I was diagnosed with Type-2 Diabetes and I also had high blood pressure. And I have a new little daughter to raise [my granddaughter], I adopted her so I have to be here.”